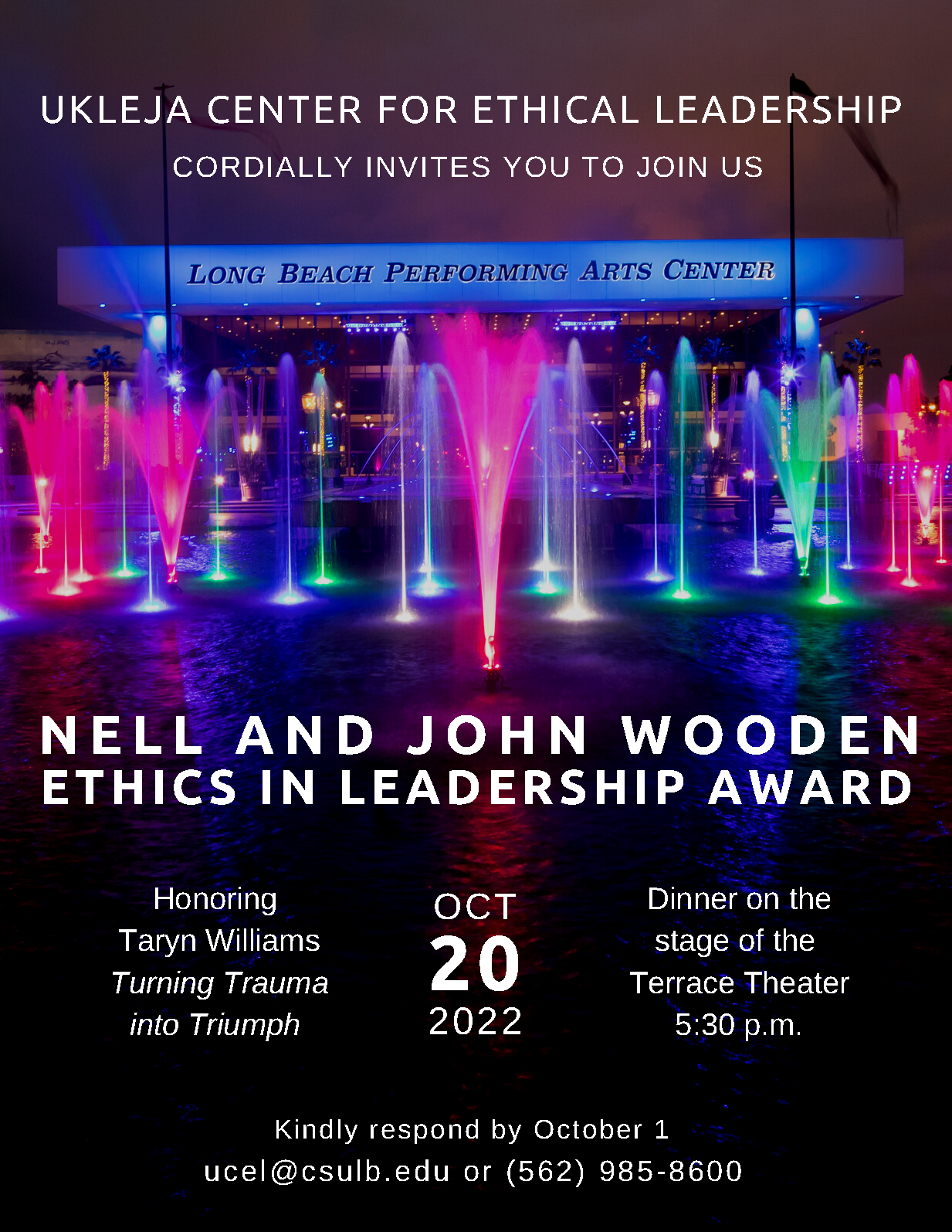 Recognized around the world for his ability to instill confidence and transmit his values to the on-court behavior of his players, former UCLA basketball Coach John Wooden was presented with the Ukleja Center’s inaugural Nell and John Wooden Ethics in Leadership Award in 2009. At UCLA, Wooden’s basketball teams won more national championships than any other – 10 over a 12-year period. His teams achieved the pinnacle of his Pyramid of Success, known as “Competitive Greatness.” The pyramid is a values-based system of leadership that transcends the basketball court and can be applied to personal and professional leadership realms.

The Ukleja Center’s Nell and John Wooden Ethics in Leadership Award, along with a $10,000 check, is presented annually to a person or organization whose contribution to a relevant community – local, national, or global – is built on ethical behavior and visionary leadership. The goals of the award are to promote ethics in leadership, recognizing its application, and to honor a great couple whose lives epitomized the Ukleja Center’s mission, vision, and values.